The Bible gives us a detailed definition of God’s calendar. The Bible and the barley harvest show why the Biblical New Year falls in late April or early May and why we can’t rely on the barley in Jerusalem to determine the start of the year.

On April 6, 2016 we set out to find abib barley in fertile California. We found grass, flowers and newly emerging heads of barley. Even the most advanced plants were not even near the state of abib. This was an essential finding which told us the Biblical year would not start in April that year. In Jerusalem they may have found the abib, but in California we started the New Year on May 8, 2016. 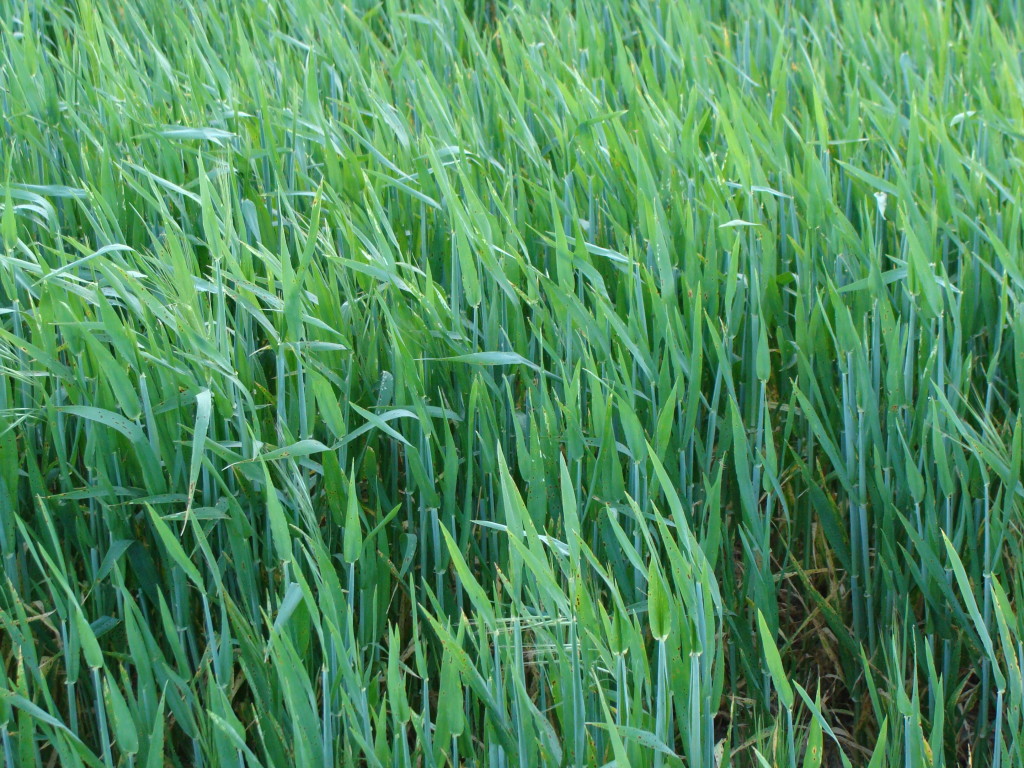 In a nutshell, here is the Biblical definition of God’s calendar: 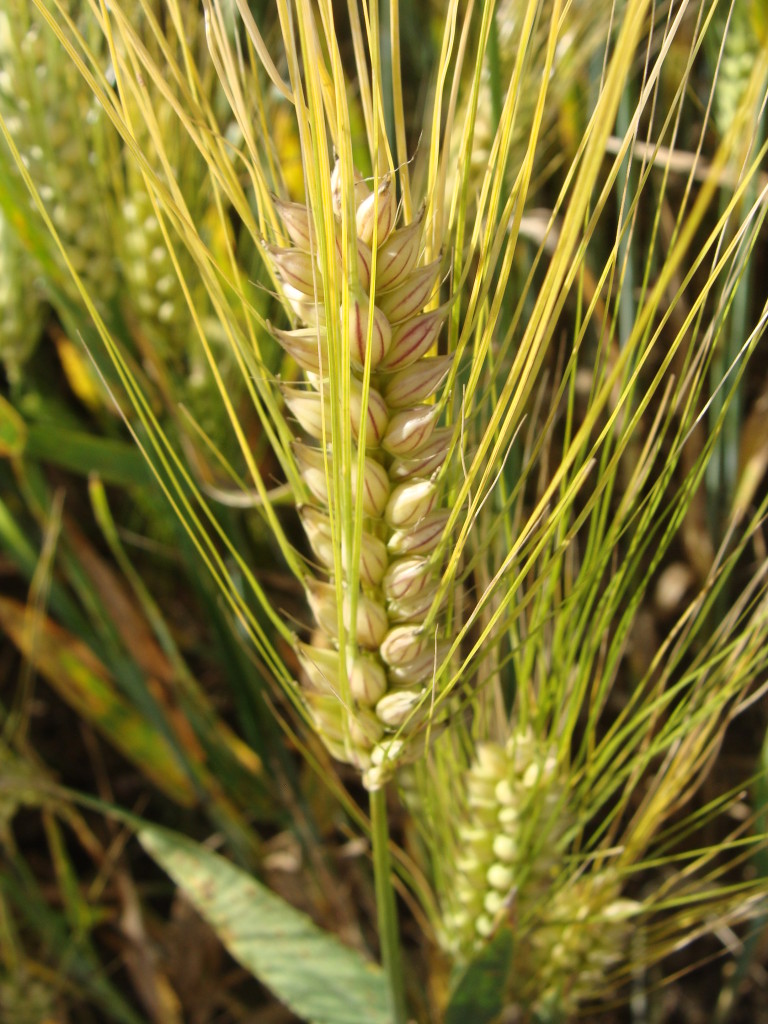 Despite this detailed definition from Scripture we still had some questions.

After a lot of conversation, correspondence, prayer and additional research, we learned a lot more than we had known about the barley and how it relates to the Biblical Calendar. Here is what we found.

Almost anywhere in the Northern Hemisphere where rain-fed barley is grown (called “dry farming”), the crop ripens at about the same time in the year. The ripening of the grain is not dependent on when it is planted or, except in extreme cases, how many rainy or sunny days it receives. Barley that is planted as early as October or as late as February continues to follow the same ripening times in May. As long as the crop continues to get regular rainfall so that it does not go into shock, grain planted late will eventually catch up to the early planting and all will come ripe at the same time. Throughout the Northern Hemisphere, most barley is planted in November, including the barley that is grown in Jerusalem.
[1]

The main factors that determine the time for ripening are

“Vernalization” is determined by a natural genetic marker that causes the plant to hold off from flowering until after it has experienced a significant cold snap. This keeps the plants from developing flowers too early which would then cause the harvest to be lost to frost or snow.

Why don’t we look for barley growing in Jerusalem?

We asked why Jerusalem is the only location where dry farmed barley ripens one month earlier than other locations. Those who observe the stage of barley in Jerusalem as a marker to begin the year, claim the barley they find growing wild to be the old, original grain that was grown by the ancient Israelites. But this is not accurate.

Genetic studies of 321 varieties of barley by BioMed Central Plant Biology show that the barley remaining in the Mediterranean region has made unique adaptations in order to survive the hotter climate of that region.[2] These grains do not express the specific genetic allele that helps delay flowering until after the cold season has passed. Without the need for vernalization, these grains can flower, develop and ripen earlier than any other barley in the world.

Consensus among climate experts is that the temperatures in the Jordan Valley, areas surrounding Jerusalem, and the Nile Delta in Egypt have definitely changed for the warmer since Christ’s day or since the ancient Israel of Bible times. Barley in the Mediterranean region has adapted to these changes in climate. In essence, the only barley that has survived in Jerusalem, are the grains that can flower before the cold snap that is required by other varieties of barley. The old, original grain has died out, possibly through natural selection. And what remains in the Mediterranean region is a genetically mutated strain of barley.

Physically, the climate changes have altered the DNA profile of the wild barley growing in Jerusalem. Coupling these physical adaptations with the Biblical description of the region tells us that Jerusalem no longer reflects the growing conditions of the Exodus.

Christians do not need to look for wild barley in Jerusalem each year. Any dry-farmed barley crop that comes to full ripeness will do. Whether you are in the Northern or Southern Hemispheres, you can look for this crop in the area nearest to where you live in order to identify the season that marks the month of Abib. If you are unable to observe a beautiful field of barley yourself, here are some things that may help you.

Do We Need to Observe the Barley?

The ripening of the barley is only a Biblical marker to help us identify the correct month of the year. There is no Biblical command that tells us to observe the barley crop or pick a wave sheaf of barley in the first month. But following the pattern of the ripening of barley will lead us to the correct month that God called the month of Abib—the month in which the barley was ripe in ancient Egypt, and the first month of the Biblical Calendar.

Barley ripens to the state of abib in the month of May in the Northern Hemisphere—six months later in the Southern Hemisphere. This conclusion comes from years of barley observations combined with the following research:

We are to worship God where we are:

God promised the Israelites that if they broke His covenant He would leave their land desolate (Lev. 26:14-15, 31-35). This is the experience of both Shiloh and Jerusalem. In Jeremiah 7 we can read the story about how God is comparing the impending desolation of Jerusalem to the experience of Shiloh.

“ ‘But go now to My place which was in Shiloh, where I set My name at the first, and see what I did to it because of the wickedness of My people Israel. And now, because you have done all these works,’ says the LORD, ‘and I spoke to you, rising up early and speaking, but you did not hear, and I called you, but you did not answer, therefore I will do to the house which is called by My name… as I have done to Shiloh. And I will cast you out of My sight.… Then I will cause to cease from the cities of Judah and from the streets of Jerusalem the voice of mirth and the voices of gladness.… For the land shall be desolate.’” (Jeremiah 7:12-15, 34)

Today, God’s presence no longer dwells above a Mercy Seat in an earthly temple in Jerusalem. “The Lord’s throne is in heaven.”

“For thus saith the High and Lofty One who inhabits eternity, whose name is Holy; I dwell in the high and holy place, with Him who is of a contrite and humble spirit.” “The most High does not dwell in temples made with hands.” “Heaven is My throne, and earth is My footstool:… For all these things My hand has made:… but unto this One will I look, even to Him that is poor and of a contrite spirit.” (Psalm 11:4; Isaiah 57:15; Acts 7:48; Isaiah 66:1-2)

Some things changed at the Cross. Christ changed the place of worship. Jesus said,

“Woman, believe Me, the hour is coming when you will neither on this mountain, nor in Jerusalem, worship the Father.” (John 4:21)

Paul also showed a change in the descendants of Abraham to include believers instead of blood relatives of Abraham.

Galatians 3:6-7 “Abraham ‘believed God, and it was accounted to him for righteousness.’ Therefore know that only those who are of faith are sons of Abraham.”

Galatians 3:28 “If you are Christ’s, then you are Abraham’s seed, and heirs according to the promise.”

God changed the place where He writes His name and His law:

Revelation 14:1 “Then I looked, and behold, a Lamb standing on Mount Zion, and with Him one hundred and forty-four thousand, having His Father’s name written on their foreheads.”

Jeremiah 31:31-34 “The days are coming when I will make a new covenant… and I will write My laws on their hearts.”

Finally, God changed the place where He dwells with man:

Matthew 18:20 “For where two or three are gathered together in My name, I am there in the midst of them.”

1 Corinthians 6:19 “Do you not know that your body is the temple of the Holy Spirit who is in you… and you are not your own?”

Revelation 21:22 “But I saw no temple in it, for the Lord God Almighty and the Lamb are its temple.”

The current climate of the Jordan Valley and surrounding regions no longer remains a land flowing with milk and honey. It no longer shares the same conditions as the Nile River Delta in Egypt where God struck the crop of barley with hail (Exodus 9:31). Of all locations in the world, unless you specifically live in Jerusalem, this would be the last place to go in search of ripening barley as a sign to mark the beginning of God’s Biblical year.

Today, God wants us to worship Him in our hearts, in whatever location we are, as Scripture predicted.

“The LORD will be awesome to them, For He will reduce to nothing all the gods of the earth; People shall worship Him, each one from his place, indeed all the shores of the nations.” Zephaniah 2:11

“The true worshipers will worship the Father in spirit and truth; for the Father is seeking such to worship Him.” John 4:23